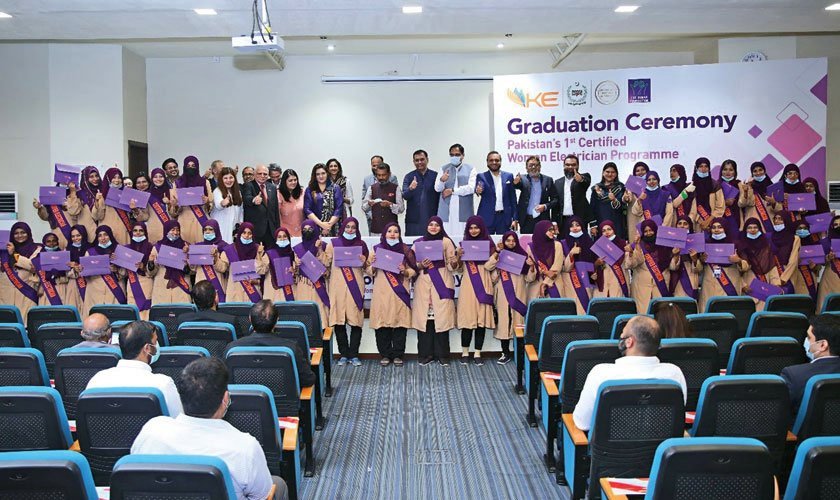 Women who are rewiring the system Graduation ceremony. The room echoed with a round of applause as Soffia was summoned to the stage. As she rose to her feet and gracefully walked towards him, her face shone with joy, as it was a moment of tremendous pride. She was ranked among the top 40 certified electricians in Pakistan under K-Electric’s “Roshni Baji” community ambassador program. She, along with her 39 other colleagues, had been technically qualified to enter a sphere that remained dominated by men for decades until that day.

“Before entering this profession, electrical work always seemed overwhelming to me and I always believed that it was not for women. But now, after becoming a certified electrician, anything is possible ”, shared with a smile Soffia, who lives and promotes her services in the vicinity of Malir.

As the world continues to move towards digitization and welcomes new technologies every day, our consumption and dependence on electricity have increased around the world. That is why there is a growing need for certified electricians all over the world, including Pakistan; and they are considered relatively better-paid merchants. However, there has always been a stereotype associated with this profession that prohibited women in general from entering it. As a result, women continue to face obstacles entering this field even in countries as advanced as the United States, where the percentage of female electricians remains as low as 2.4 percent.

In the UK, the figure equates to just one percent of the entire electricians contingent. While the numbers are minutely low even in the world’s most developed economies, the concept of having women in this profession remained unheard of in Pakistan, until recently. Women’s labor force participation is as low as 23.8% and even lower in the energy sector. However, Soffia and her colleagues are changing the dynamics. 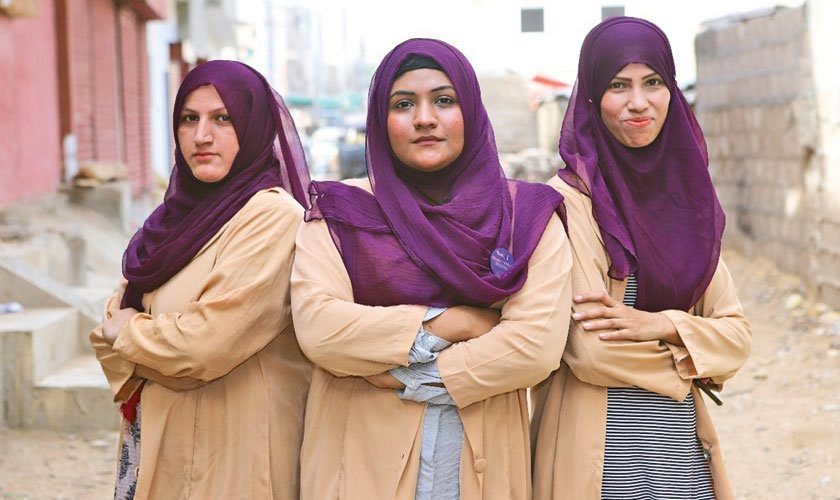 After completing their certification which involved 8,000 hours of training, these electricians can successfully implement full internal wiring on a single-phase supply of up to 5kW from utility meters to a home’s distribution board. In addition, they have been trained to calculate the load and energy consumption of appliances, which can be used to ensure that the electrical supply within the homes is safe and reliable.

They are also raising awareness of energy conservation practices. Along with the aforementioned technical knowledge, these successful applicants have also been trained in self-defense, how to drive and maintain a motorcycle. They are provided with toolboxes containing all the necessary tools to tackle different types of electrical work and get ahead of their path as electricians.

Pakistans First Womens who are rewiring the system 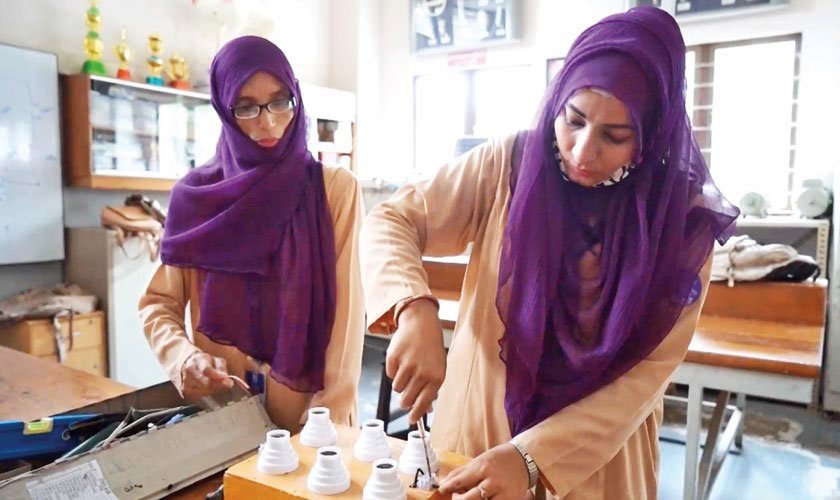 Through their efforts, these female electricians are not only breaking gender stereotypes, but they are also gaining financial independence by providing a service to communities, where households are predominantly occupied by women during normal working hours of the day.

Shahida, (name withheld for privacy), a housewife living in nearby Malir, praises the concept of female electricians. “Having an electrician in the neighborhood is a great convenience. She is easily accessible, affordable, and most importantly, gives women at home this convenience to get work done even during the day when men are generally not around. I have had several electrical problems resolved through a Roshni Baji in my area and she handled them without any problem, ”she enthuses. 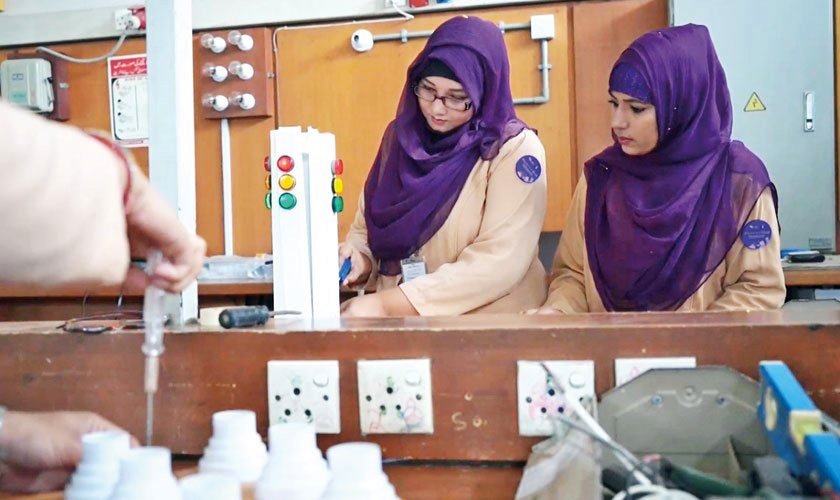 Discussing how becoming an electrician has expanded her income stream, Soffia reports: “I am a single mother of a four-year-old girl, and my parents, especially my paralyzed father, depend primarily on me. Due to personal circumstances, I was unable to complete my education and was unable to sit for my second year B.Com exam. He also had no technical skills. After becoming an electrician, I know that I have learned a genuine skill that has not only given me confidence but has also given me various job opportunities to earn a living and support my family financially. ”

Although the journey of becoming an electrician for Soffia and her colleagues was not as easy as it sounds, many looked at them in awe before society finally accepted them. “At first, people in the communities I served were quite skeptical of women in this profession. They didn’t even think I could help them. However, with time and compassion, I was able to win their hearts. Now, wherever I go as part of my job, I am treated with tremendous respect and admiration, ”says Soffia.

Soffia is also convinced that beyond the preconceived notion of masculinity associated with this profession, it is an easily achievable job for women and she believes that more and more women should be aware of it through the power of communication. “I think the information about the women electricians program should be spread everywhere. I am currently running a page on Instagram to promote my apprenticeships as an electrician and I intend to create a similar page on YouTube as well so that other women know that dealing with electrical work is not as difficult as it sounds. If I can do it, other women can do it too. ” 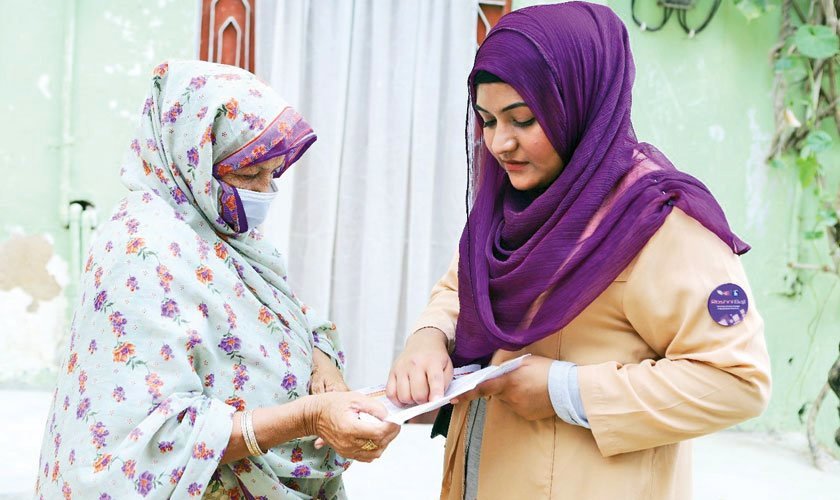 By becoming professional electricians, these women have not only found it financially rewarding but have also begun to feel self-sufficient. “Among the many work projects that I am receiving these days, the one that I recently finished was in my own mother’s workshop. She runs a small shop that required a complete renovation of the electrical installations, which I did myself. I am glad that I was able to support my mother without the need for outside help. It was a moment of maximum satisfaction for me ”.

“All work seems difficult unless you do it with passion,” says Shumaila Shahid, another certified electrician with the Roshni Baji Community Ambassador Program. Shumaila, who lives and works in Taiser Town, has a degree and has worked in different professions before, but now she has found her true passion in the electrical field. “I have diverse experience working as a school administrator, a hospital receptionist, and a finance assistant in a private organization.

But the joy of being self-employed and making a difference in society are some of the reasons that fueled my passion to be among the first female electricians in Pakistan, ”says Shumaila. Highlighting her experience in this field so far, Shumaila clarifies: “Although I feel blessed that my entire family, including my husband, supported me in my decision to become an electrician, at first I was hesitant. But then I realized that most people already recognize me in the area where I work and are quite welcoming. Overall my experience has been very smooth so far and I am quite satisfied in this field. I will continue to grow on that. ”

Despite the fact that this initiative of the Women Electricians Program is led by K-Electric, most of the credit goes to the National Electric Power Regulatory Authority (NEPRA), under which the vision of diversity and inclusion, organizations in the power sector continue to undertake such bold initiatives. In addition to regulating the industry, the Authority promotes the inclusion of women in the energy sector as an additional objective. During the electricians’ graduation ceremony, NEPRA President Mr. Tauseef H. Farooqi said that the Authority is constantly working to ensure better representation of women at all levels of the sector.

In addition to ensuring compliance by regulated organizations in all aspects, they have a special focus on the health, safety, and Social Responsibility of the Client, which the Regulatory Authority promotes as “Power with security” and “Power with prosperity” respectively. He further said that throughout the world, women’s participation in careers related to energy and the electricity sector remains minutely low, and NEPRA is making efforts to change that within Pakistan to further strengthen its image in the world.

At first glance, this whole model also seems to be easily adaptable for other distribution companies (DISCO). It is also a good sign that Mr. Tauseef Farooqi and members of the Authority see the Roshni Baji Program as a pilot project and intend to expand it to other parts of the country. If other companies operating in the energy sector also launch similar initiatives, we will see more and more women working their way into various non-traditional roles in all parts of the country.

As these incredible women deepen their careers, we can finally see the light at the end of the tunnel. With their courage and confidence, they serve as role models for other women seeking different opportunities. If women are consistently provided an encouraging environment, their success can serve as a catalyst for greater participation by women in science, technology, engineering, and math (STEM) careers.