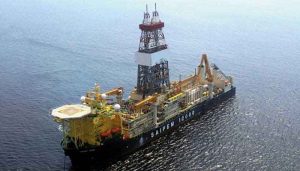 BEIJING: Pakistan will soon reach the great oil discovery and it will be good news not only for the country itself, but also for all of South Asia, as well as for China and the Gulf nations.

There is a great possibility that the country will discover a large reserve of oil in its waters. If this prediction comes true, the discovery will help the South Asian country cope with its economic problems, the Global Times reported on Wednesday. US oil giant Exxon Mobil and Italy’s ENI have been involved since January in drilling an ultra-deep oil well.

Pakistan may have a more urgent need for foreign investment if massive oil reserves are actually discovered. There may be more international companies that want to participate in related projects ranging from exploration to refinement and logistics. The related investment will help Pakistan maintain its growth momentum.

China has a strong energy cooperation with Pakistan. A large oil discovery would stimulate investment enthusiasm among Chinese companies. China is willing to support Pakistan’s efforts to seize the development opportunity that such a discovery could bring, and handle any challenge.

The China-Pakistan Economic Corridor (CPEC) was originally conceived as a strategic project with pipeline and pipeline links between the Uyghur Autonomous Region of Xinjiang in northwest China and the port of Gwadar.

If Pakistan discovers massive oil reserves, it will be a motivation to extend Pakistan’s oil pipeline network to neighboring countries, and also to improve energy cooperation with Gulf countries such as Saudi Arabia.

Not only China, but also the entire region will benefit from economic integration through energy connectivity.

The use of these reserves will probably lead to large cross-border capital flows, investments in infrastructure, energy exchanges and exchanges between people. The region will see the development and use of oil reserves as a pillar of integration and economic stability.

The geopolitical landscape in Asia has long been complex and uneven, but it is likely that Pakistan’s potential oil reserves will be a game changer for the region, with economic cooperation in energy.

Hopefully, neighboring countries and Gulf nations will not ignore the opportunities to improve energy cooperation with Pakistan and will help build an energy network in Asia.