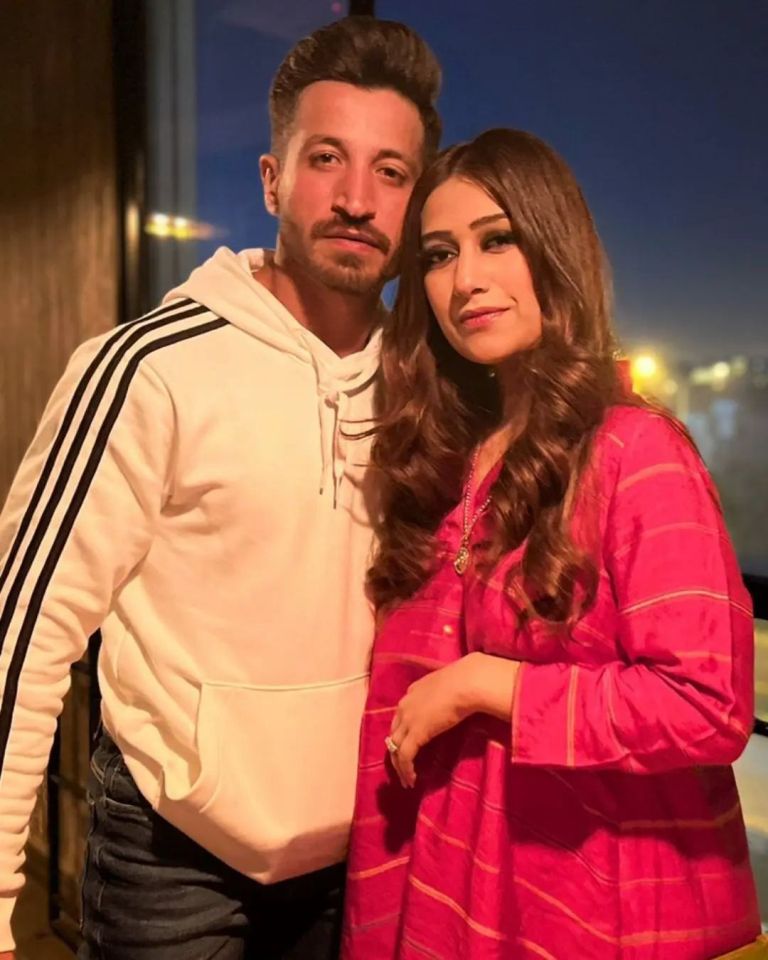 Saba Faisal vows to disown his son Salman if he stays with his wife Neha. Saba Faisal is right now one of the most successful actors in the Pakistani drama industry. She is a part of every successful project and people love to see her on screen. She is very open about her life and how she has managed to balance work and family over the years. Saba Faisal’s children, Sadia, Arslan and Salman, are also part of the entertainment industry. Her son Salman Faisal married Neha Salman a few years ago.

Things were not going well between Neha and Salman’s family. There were reports of the couple splitting up at one point, but they have reconciled and are now parents to a baby boy. From time to time, Neha was very critical of her mother-in-law Saba Faisal and her sister-in-law Sadia Faisal. She claimed that her behavior was very negative towards her. Recently, Salman’s family also disappeared on his son’s birthday.

Saba Faisal was largely silent about her son and her wife and she didn’t say much in public, though the tension was palpable whenever she was asked in interviews like this:

Saba Faisal Negative Words About Her Son and Daughter In Law

Things were looking good as the family was together at a function just a few days ago and even shared the happy pictures:

But something very negative apparently happened at the event, causing Saba Faisal to finally speak out about the current situation and announce that she will cut ties with her son Salman Faisal and her wife Neha. She announced that all of her family, her husband, her daughter and her other son, Arsalan Faisal, have nothing to do with Neha and Salman anymore:

Saba’s eldest son, Faisal, and Salman’s brother, Arslan Faisal, also gave some details. She said that her mother and her sister had been mean to her sister-in-law for years and that the family kept to themselves because they were respectable people. But now she won’t put up with it long enough and she will respond to any aggression or accusation Neha makes of her. He also said that the recent family function they were all at together was called haraam by Neha. She also added that Neha is not allowing Salman to work in show business and her parents have given all financial resources to Salman and Neha so they can live separately but she is still not happy.

Saba Faisal’s video has spread like wildfire on social media and netizens are also shocked to hear the extent of the family’s problems: 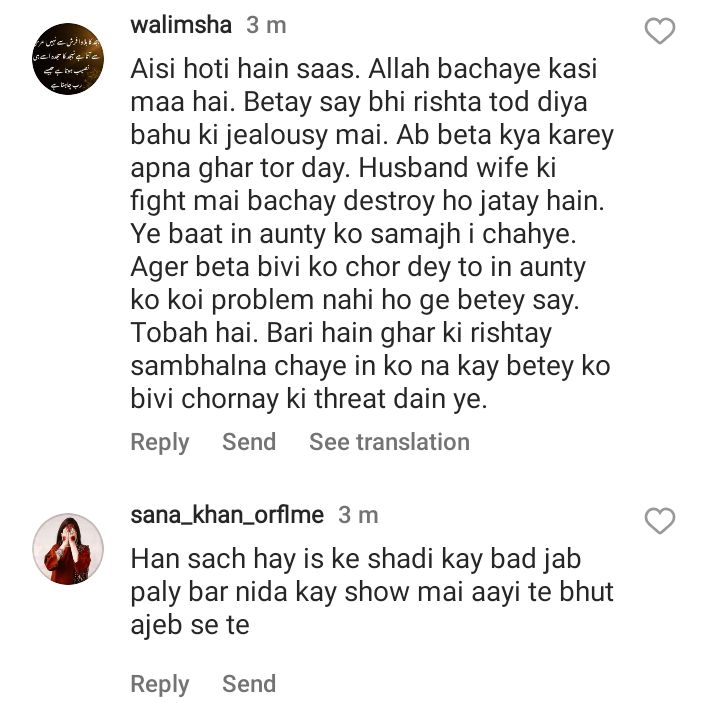 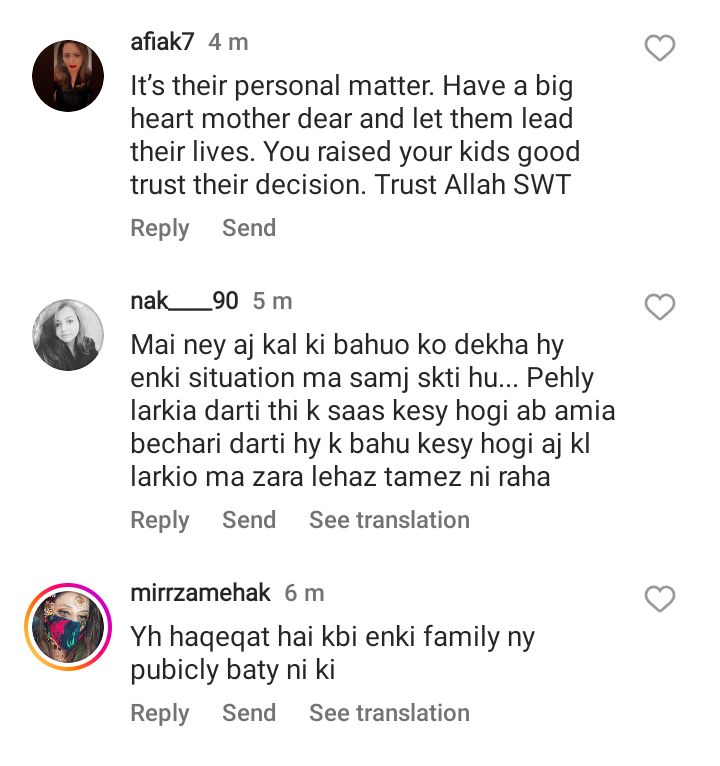 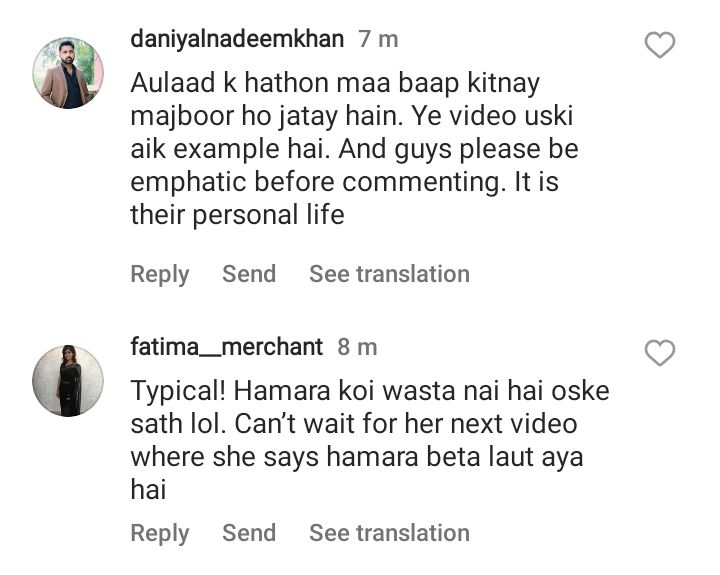 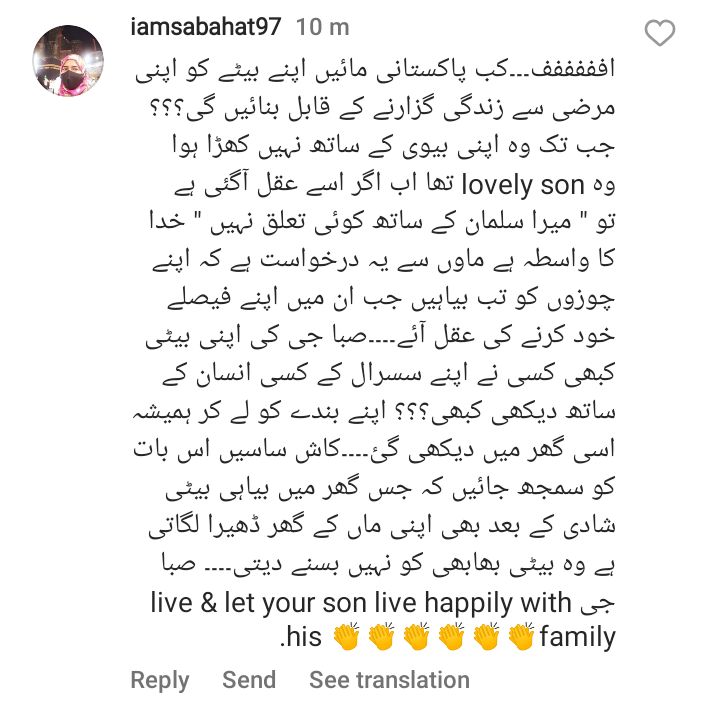 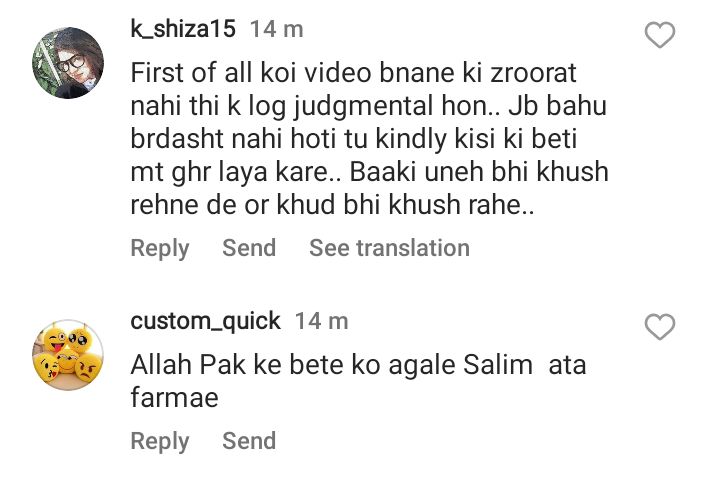 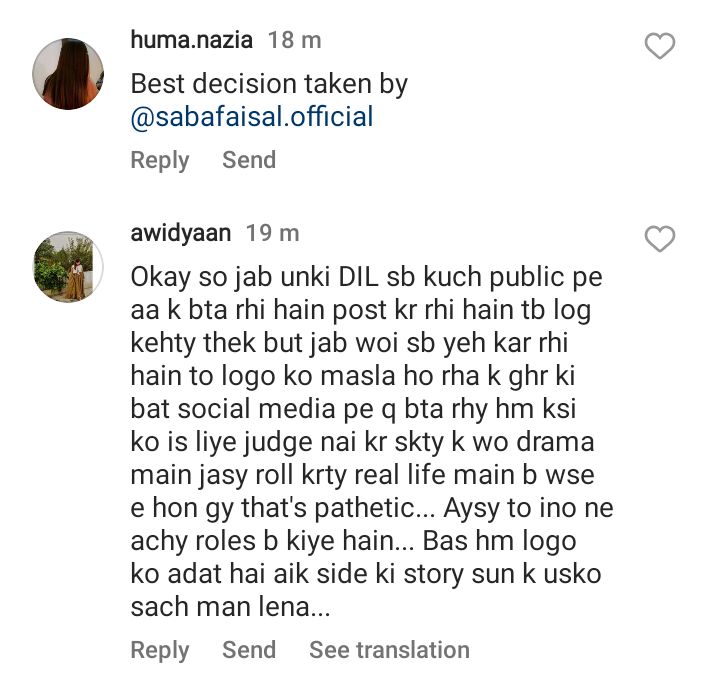 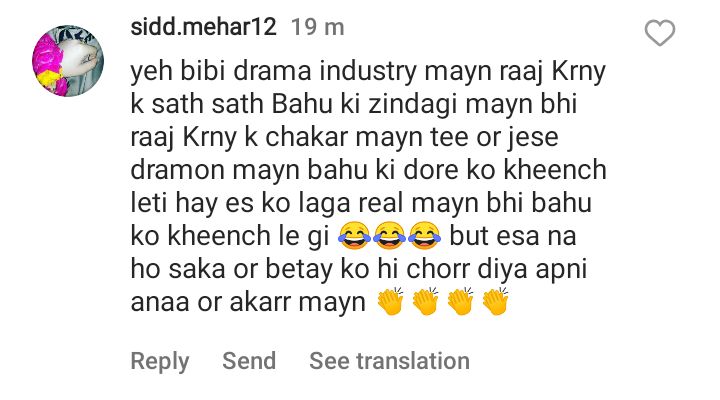 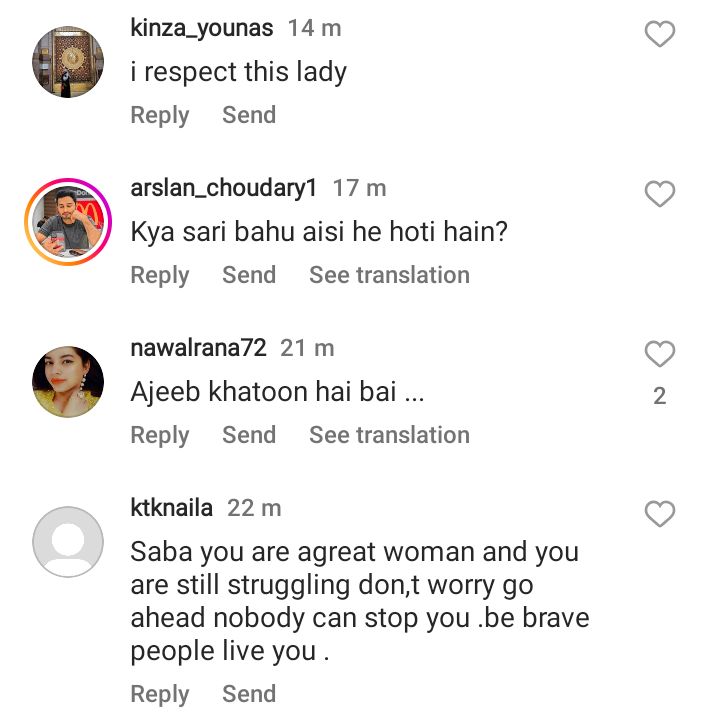 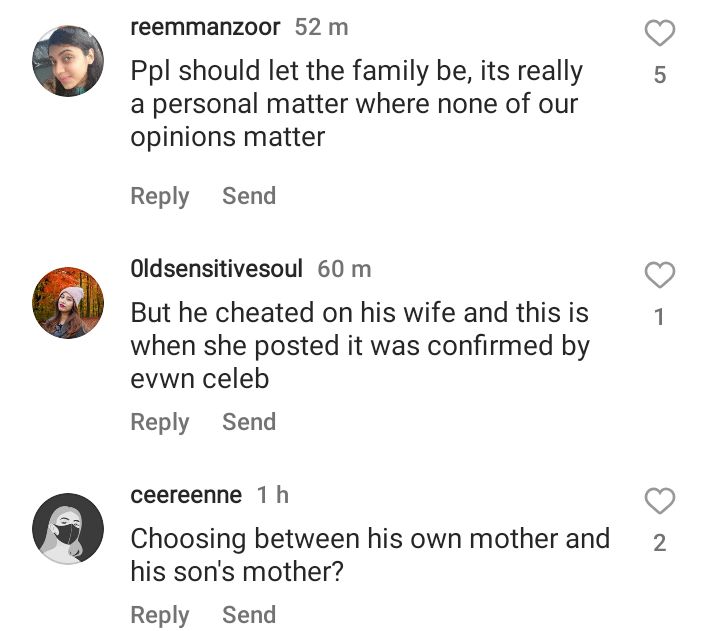 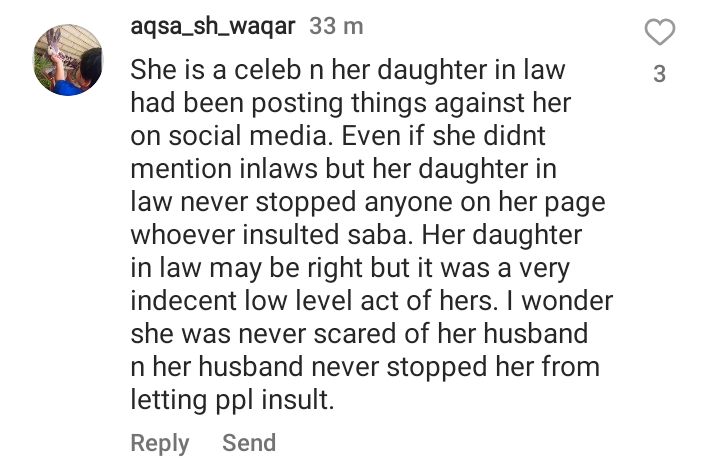 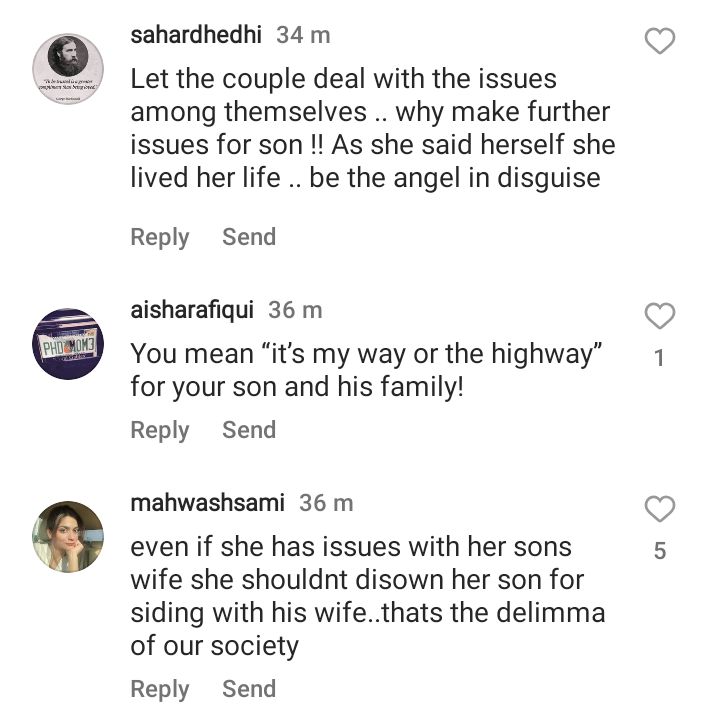 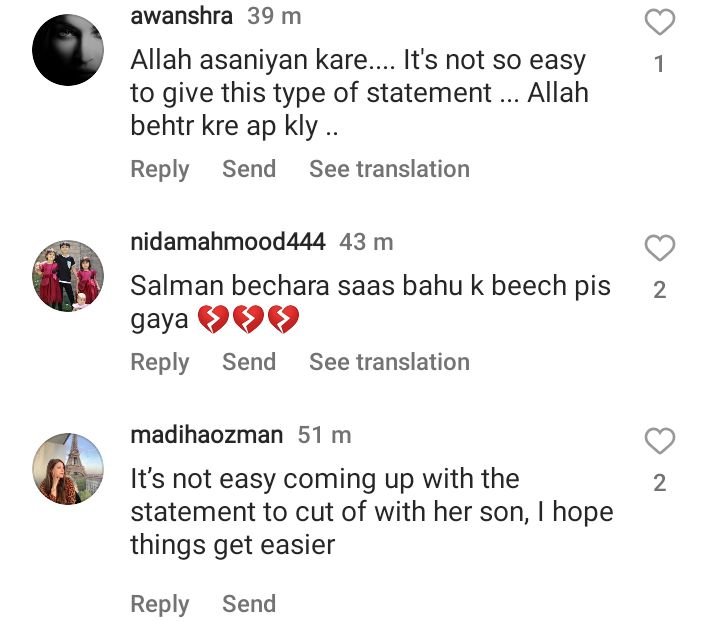 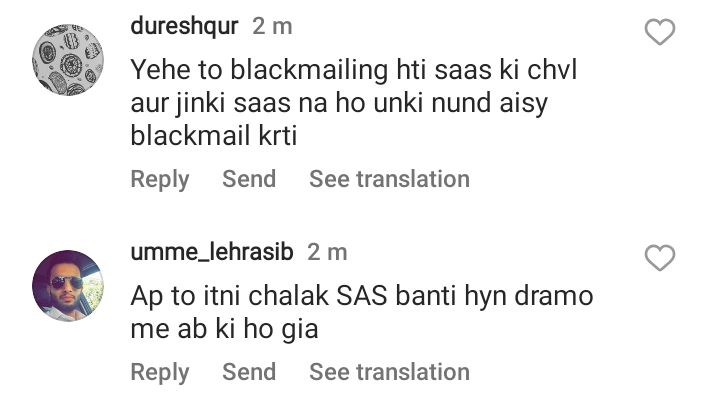