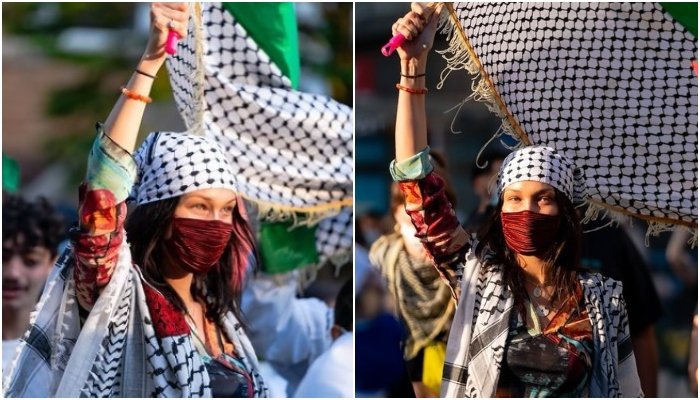 Model Bella Hadid marches for Palestine: ‘From the river to the sea, Palestine will be free. ‘Palestinian-Dutch model Bella Hadid marched through Palestine in New York City on Saturday against the Israeli occupation and airstrikes that have killed dozens in her home country. The 24-year-old joined a crowd of protesters to march through the streets of Bay Ridge in New York as he wore a traditional dress, a Keffiyeh, and a face mask. Hadid also held up a large Palestinian flag to show her support for the innocent lives lost in her home country as Israel continues to drop bombs on Gaza.

She and her sister Gigi have been actively using their social media channels to show their support for Palestine and urging others to help while criticizing the US government for extending military aid to Israel, which is used to kill innocent civilians.

A post shared by PALESTINE BELONGS TO MUSLIMS (@handsoffpalestine)