While 5G is available in South Korea and the United States for a while, the United Kingdom still has little technology in that regard. However, on June 3, this will change when 5G is launched in the United Kingdom. That’s why Huawei has just announced the 5G version of its Mate 20 X in the country.

The launch of this phone was supported by a series of leaks, practical videos and presentations, so we already knew what it would look like and what characteristics it would have. It’s just a variation of the original Huawei Mate 20 X released last November. We only see two or three differences compared to the original version of Mate 20 X.

The battery capacity of the Huawei Mate X 5G version is lower compared to the original version. It is understandable considering that Huawei had to keep the dimensions under control after adding the 5G connectivity chip. The variant 5G has a battery of 4200 mAh, unlike the 5000 mAh of the original version. The non-5G variant allows a fast charge of 22.5 W, however, the 5G variant supports a fast 40W load.

Huawei has added its own Hisilicon Balong 5G modem to the system. This is, of course, to make the device compatible with 5G connectivity. The Balong 5000 model and the Exynos 5100 model are the most stable and safe 5G models for the future available at this time. They are compatible with non-autonomous and autonomous 5G networks.

The rest of the specifications do not differ from the non-5G variant. This phone has the same Kirin 980 SoC from Huawei, 7.2 inches screen and Android 9.0 Pie with EMUI 9.

We also see the original configuration of the camera with sensors of 40MP + 20MP + 8 MP. The phone is also compatible with the M-pen stylus that can be purchased separately.

Advance orders for a 5G variant of Huawei Mate 20 X will begin later this month and the phone will be available for sale in June at £ 999. The non-5G variant is priced at £ 750 in the UK. 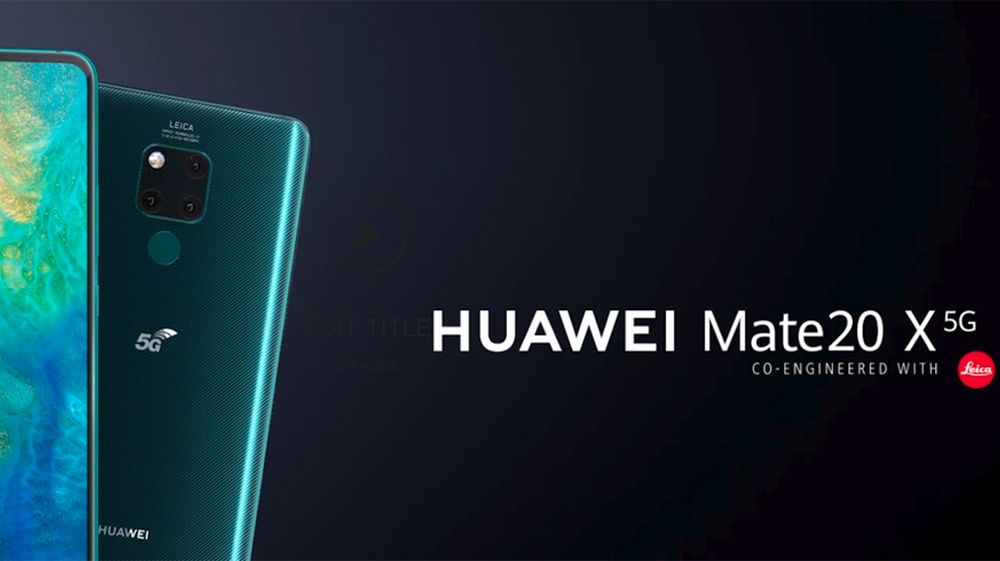