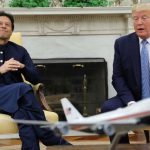 The president of the United States, Donald Trump, welcomed Prime Minister Imran Khan at the Oval House in Washington for a personal meeting on Monday. The meeting between the two leaders was “warm”, where both had a frank exchange of views. The two leaders held the longest informational meeting in history between a Pakistani and an American leader in the Oval, which indicated how well the meeting had developed. However, Trump was all Trump during the press session, while Imran Khan was very selective with his words in the little he spoke.

At the beginning of the press, President Trump introduced Prime Minister Khan as “one of the best athletes and a great leader” to set the tone. He gave weight to Khan’s leadership over and over again and was optimistic about securing Pakistan’s help in a dignified exit from Afghanistan.

Not long ago, Trump had worsened ties with Pakistan accusing the country of lies and deception in response to the “billions of dollars” in aid. Khan responded strongly, explaining all the efforts that Pakistan had been making in the war on terrorism and the little he received was not help but reimbursement of the expenses he suffered.

And now, in less than a year, Trump received Prime Minister Imran with the hope that under his leadership, the long-awaited peace agreement with the Afghan Taliban can be completed. He wholeheartedly appreciated the efforts the country had made so far to bring the Taliban back to the table.

Mediation in the Kashmir conflict

President Trump also offered to play the role of mediator between Pakistan and India in the Kashmir dispute. He reflected that during his last contact, Prime Minister Narendra Modi had also asked him to participate in the resolution of the Kashmir problem. Indian authorities soon rejected the claim, but the recognition by the President of the United States that Kashmir is a legitimate problem is a great victory for Pakistan.

This is the first time that the US UU. It officially recognizes the issue of Kashmir from Pakistan’s point of view and agrees to resolve it. On the other hand, India states that IOK is an Indian land, so there is no Kashmir problem to talk about.

Indian media have retaliated against Trump’s claim and some have even persecuted Indian Prime Minister Modi for his weak position on the issue of Kashmir.

Trade between the United States and Pakistan

Trump expressed his enthusiasm when he talked about trade between the two countries.

“You know, Pakistan is a big country … and they make excellent products. I think we’re going to have a fantastic business relationship. I don’t want to say we increase it by 20 percent. I mean, I think we can quadruple it. I think it could go away. , I mean it seems crazy, you could go ten times more. You could go 20 times more. ”

Freednom of the press in Pakista

Khan handled the question about a supposed brake on press freedom in Pakistan. He said: “Saying it was a great joke.” Due to the amount of criticism he had received during his first 11 months in the office was unprecedented.

Trump joined him saying that the US media deal with him was much worse than Imran could have witnessed.

The president of the United States said he was ready to work in collaboration with the new leaders of Pakistan in the fight against terrorism and corruption in the country (Pakistan). He also hinted at the possibility of a $ 1.3 billion restoration in aid that stopped last year.

While talking to an American newspaper after the meeting, Imran Khan said the two leaders could talk about Dr. Aafia Siddiqui’s exchange with Shakeel Afridi.

To a question addressed to Imran Khan about his war on corruption, Trump stepped in to answer and said:

“Well, I think he will win. And I think what will happen, of course, has few ways of waiting (laughs), but I will review, I will campaign for you. I will help you win your campaign.”

After the meeting, the countries held discussions at the delegation level where issues related to the Afghan peace agreement, the army, terrorism and trade were discussed. 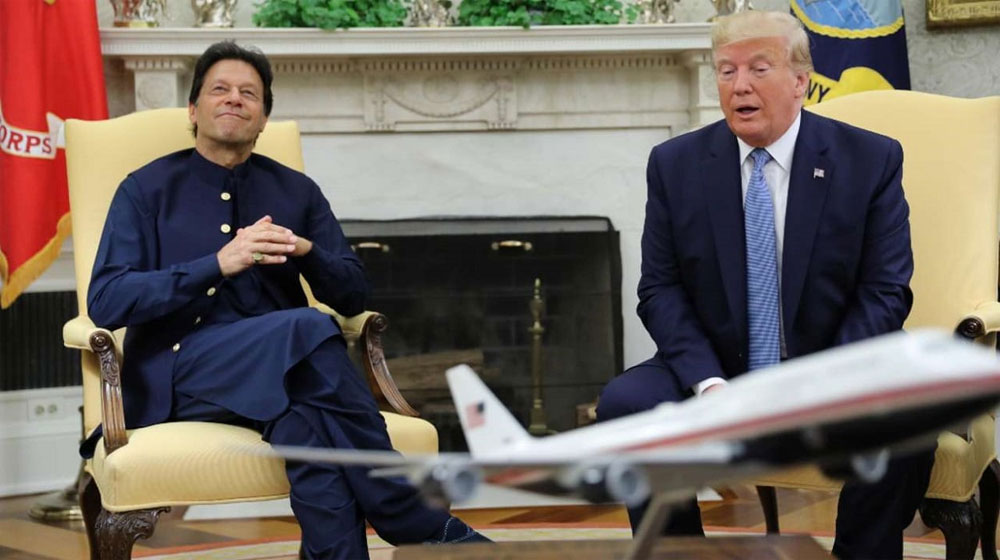