After insinuating the feature more than a year ago, Google finally released AR from Google Maps for its Pixel devices. Pixel owners can now see the directions on their Google maps in AR, showing arrows that will indicate the correct address in real time.

How does it work

Once activated, the AR function will use your camera and show you a list of your surroundings with a cutout at the bottom of the screen that shows the actual map.

Once you choose a location, Google Maps will display arrows for directions in a real-time environment and will put a reference point on the map at the bottom. It will also show you other useful information on the screen, such as banners with street names, a distance countdown, etc. Very similar to a hand-to-hand screen

Google tried its best to ensure that you do not keep looking at your phone while walking down the street. If you have been looking at the screen for too long, Maps gives you a warning and even dims the screen so that users pay attention to what is in front of them.

Although this is intended as a security feature, it also saves you battery and mobile data. Quite useful, especially because Google says that AR Maps will use a lot more information.

AR Maps is only available on Pixel phones at this time. There is no information on when it will be deployed for other devices. 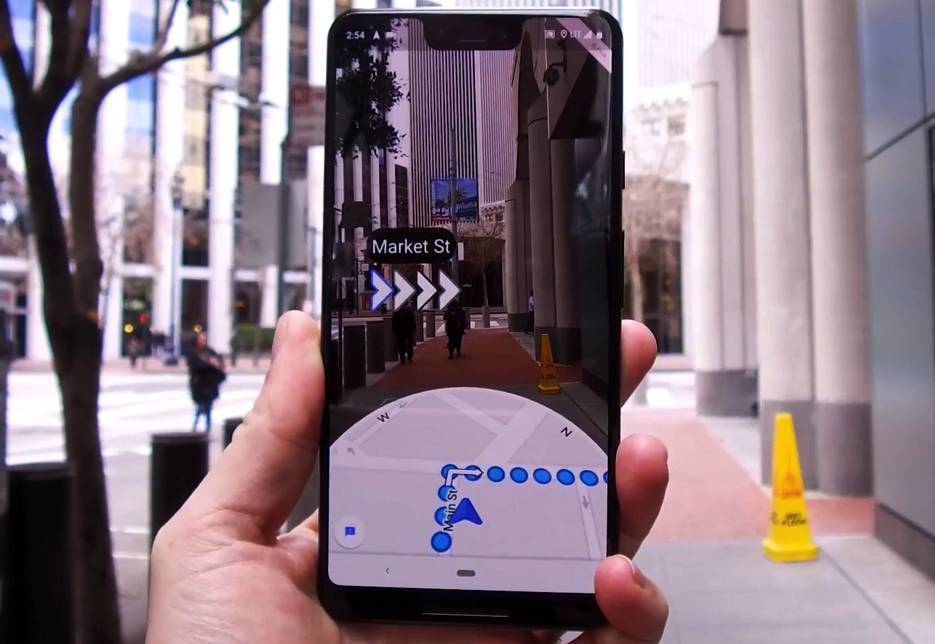