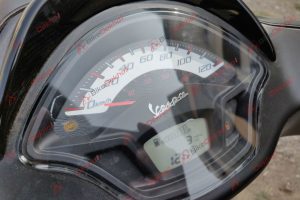 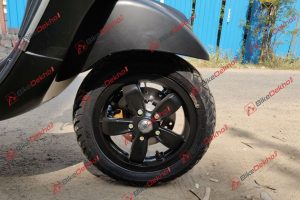 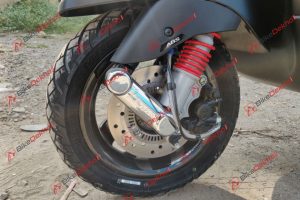 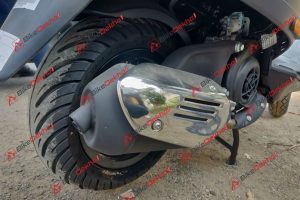 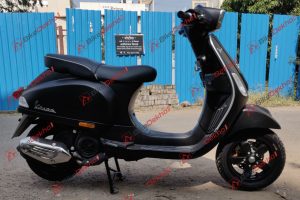 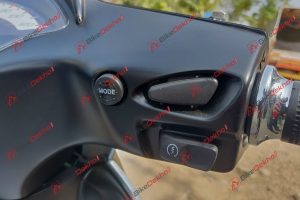 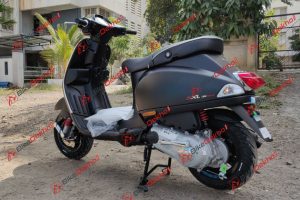 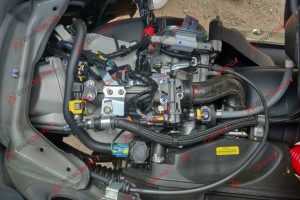 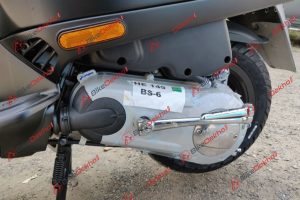 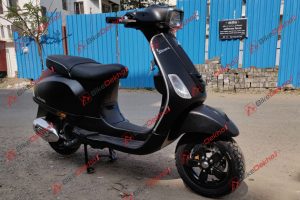 The BS-VI compliant scooters from Vespa will not receive major visual upgrades. The exercise aims to keep the price increase minimal. The source report, however, suggests that we could see a price hike of up to INR 19,000.

Styling cues aren’t very different from the current BS-IV version. Thus, you would find a familiar retro design on the scooter along with features such as chrome highlights around the headlamp and front apron, chrome exhaust shield, front fender garnishing and a flat-style saddle with a belt in the centre. The BS-VI compliant scooter also retains the semi-digital instrument console, although the background for the analogue speedometer is noticeably different on the new model. The layout for the tell-tale indicators and the digital screen remain unaltered.

Hardware specifications, too, remain identical to the BS-IV model, and the latest iteration of the Vespa SXL 150 retains the same suspension and braking setup. The anchoring setup is governed by the safety net of single-channel ABS.

Major changes, however, are done to the engine to make it BS-VI compliant. The 154.8cc single-cylinder motor now features a fuel injection system. Despite adhering to the upcoming emission norms, the retro-style scooter continues to deliver the exact same performance numbers as the outgoing BS-IV product. Thus, the peak power output stands at 10.6 PS, while the max torque is rated at 10.9 Nm.

The source report further adds that the BS-VI compliant products from Aprilia and Vespa will carry a price premium of about INR 19,000 which is massive considering that the scooter does not get a lot of visual and feature upgrades. For reference, the current model retails at INR 1,08,516 (ex-showroom Delhi). Interested buyers can reserve a vehicle for a token amount of INR 1,000 to INR 2,000 depending on the dealership.

The BS-VI Aprilia scooters too should arrive along with the BS-VI Vespa range. Their deliveries also should start from April 2020 onwards. 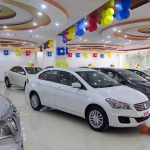 The Federal Revenue Board (FBR) has collected withholding taxes in the amount of Rs. 8.28 billion new car registrations in the first ten months of the current fiscal year. The collection of taxes has been reduced by 10.2 percent of the amount collected in the same period last year.

The reason behind this decrease is a reduction in car sales due to the economic slowdown. The amount collected under tax withholding in the new car registry has plummeted from END_OF_DOCUMENT_TOKEN_TO_BE_REPLACED 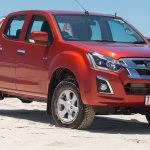 In recent times, car manufacturers in the country have increased their prices several times due to the FED and the devaluation of the rupee. Ghandhara Industries Limited (GIL) is no exception, as the company had raised the prices of the Isuzu D-MAX 2.5L Hi-Spark and Hi-Lander variants earlier this month, and now they have increased the price tag of the flagship Isuzu D-MAX Variations of 3.0L V-Cross.

According to the report of the Association of Automobile Manufacturers of Pakistan (PAMA), in April 2019 more than 17,000 passenger cars were sold and total sales for the first ten months of the current fiscal year amount to 177,400.

Comparing the figures month by month, sales fell by 14.1% as of END_OF_DOCUMENT_TOKEN_TO_BE_REPLACED