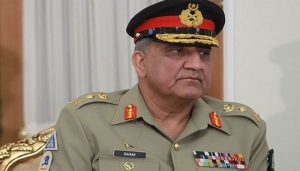 Inter Services Public Relations says that the Chief of the Army received information on the security situation in the province, compliance with the National Action Plan, Operation Radd ul Fassad and socio-economic development projects undertaken as part of the Khushal Balochistan Program.

General Bajwa expressed his satisfaction and trusted that these steps will help raise overall safety and socioeconomic indicators in the province.

He said: “Balochistan is the future of Pakistan and it is our duty to fully assist the Baluchistan government and people to achieve a bright future.”

Later, the COAS also visited the School of Infantry and Tactics, Quetta and met with the faculty.

He said that Pak’s army has played an important role in reducing threats to internal security, as well as in the effective response at the borders.

The COAS said that the nation recognizes and fully supports the contributions of Pak Army in our fight against terrorism and militancy. “We will always live up to the expectations of the people of Pakistan, which is our real strength,” concluded General Bajwa.