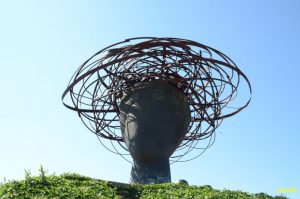 Why your brain is biased towards negativity and 5 ways to deal with it.The negativity bias is the name given by psychologists to the human tendency to be much more likely to be influenced by and to remember negative experiences, rather than neutral or positive experiences.

First it was documented by the psychologists Roy F. Baumister, Ellen Bratslavsky, Kathleen Vohs and Catrin Finkenauer in an article entitled “The bad is stronger than the good”.

The science behind the negativity bias
Studies conducted by John Cacioppo Ph.D., then at Ohio State University, now at the University of Chicago showed that our attitudes are more strongly influenced by bad news than good news.

Images known to elicit positive feelings (for example, a Ferrari or a pizza).
Images that provoke negative feelings (mutilated face or dead cat).
Images known to produce neutral feelings (a dish, a hair dryer).
While reviewing these images, Cacioppo and his colleagues recorded electrical activity in the cerebral cortex of the brain that reflects the magnitude of information processing that takes place. Their findings revealed a greater increase in the electrical activity of the brain when seeing the stimuli that considered negative.

Before threatening your brain with eviction, know that your tendency toward the negative is more a result of evolution oriented to our survival than to anything else. It’s what helped our ancestors stay alive. When you can not distinguish friend from enemy, be another human, an animal or even a plant.

Dr. Rick Hansen, in his book “Hardwiring Happiness: The New Brain Science of Contentment, Calm and Confidence,” describes our ancestors as living in a world of carrots and sticks. Carrots are rewards (food, sex, shelter) and sticks are a punishment (predators, diseases, injuries).

He states that “for hundreds of millions of years, it was a question of life or death to pay special attention to the sticks, to react intensely to them, to remember them well, and over time to become even more sensitive to them”.

With the passage of time, the level of threat decreased. We learned that not everyone is trying to kill us. That some animals can be pets and that many of the plants are full of nutrients that we need. The role of the brain did not evolve to a rhythm.

This is a problem because if it is not controlled, the negativity bias can become a serious impediment to our productivity, happiness and quality of life. Here are five strategies to keep it at bay.

5 strategies to deal with the negativity bias of brains
Dr. Rick Hanson recommends that we always consider the degree to which our brain is connected to make us feel afraid. It also encourages awareness of the forces around us that hit the “alarm drum.” When you know the immense power of negativity, you are less likely to invite it into your environment. This applies to things as well as to people. However, he cautions against wearing pink glasses or sticking his head in the sand.
Be sure to take a moment to savor positive experiences. It does not matter how small. By doing so, you become fully involved in the experience and are aware and aware of every detail. This will help you create a refuge area, “a strategy recommended below.
Gretchen Rubin, owner of “The Happiness Project,” recommends that you create a “refuge area” in your brain. A place where you can think every time you find your mind wandering around a negative memory. That “refuge area” can be composed of good memories, inspirational quotes or lines of poems, etc.
Keep a gratitude journal By focusing on the good, you will gradually be reconnecting your brain for happiness. Robert Emmons, a psychologist at the University of California, Davis, and a leading expert in positive psychology, offers several tips for keeping a gratitude journal. Some tips include focusing on people instead of things. Savoring the unexpected. Write in your journal in depth about what you are grateful for as often as possible.
Practice realistic optimism. This advice comes from Tony Schwartz, executive director of The Energy Project. He recommends telling yourself the most hopeful and powerful story possible about any given circumstance without denying or minimizing the facts.
You face your brain and you know first-hand how stubborn it can be. However, do not give up because, as Tony Schwartz said, “the more you can direct your attention to what makes you feel good, the more you will be able to handle whatever it is that is making you feel bad in the first place.”

Sonya Hussyn at her sister's wedding event in Karachi