Home/International, News, SOFTWARE, TECHNOLOGY/WhatsApp seeks to contract for operations in India
Previous Next 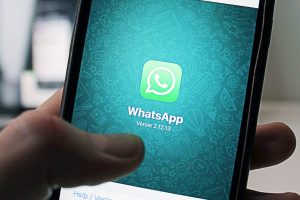 “This is a senior leadership position that requires product expertise. As well as a track record of leading partnerships in business success and development in India. This leader should build a close partnership with the product and engineering teams to influence the direction. And effectively represent WhatsApp’s long-term strategy, “he added.

The development comes at a time when WhatsApp is rolling out its UPI-based payment service in India. The Unified Payment Interface (UPI) allows users to easily make intrabank transfers using a virtual ID.

WhatsApp’s payment service has been criticized by its rival Paytm, whose founder Vijay Shekhar Sharma had alleged that the platform of the company owned by Facebook has security risks for consumers and does not comply with the guidelines.

WhatsApp looking staff to contract for operations in India

There have also been concerns about the privacy of user information, following the violation of global data in its parent company. However, WhatsApp defended itself by saying that it collects very little data and that each message is encrypted end-to-end. In addition to being an “important user of WhatsApp products”, WhatsApp is looking for a candidate with more than 15 years of experience in product-oriented companies and more than 5 years of experience in payment technologies in India.

The position is based in Mumbai and the elected executive will report to the WhatsApp Operations Director in California. A key responsibility, according to the publication, will be to lead the partnership efforts in the market, “acting as a multifunctional leader in the WhatsApp and Facebook teams”. In addition, WhatsApp is also looking for Communications Manager in India, which can create and implement a long-term communication strategy for India to support the brand, as well as the application growth between consumers and businesses.

Release of Pepsi's debut albums Battle of the Bands

Misha Lakhani and Miraka Dresses Are On Sale 2019