Video: Lahore woman tortured after refusing to dance in front of her husband’s friends

LAHORE: A woman in the Lahore Defense area accused her husband of torturing her after she refused to dance in front of her friends.

Asma Aziz told Geo TV that her husband used to force her to dance in front of her friends.

She said that when she refused to dance, her husband Mian Faisal and one of her friends beat her with a pipe and cut her hair. 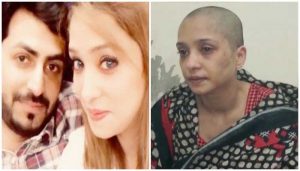 The woman said she married her “tormentor” of her free will four years ago after he “lured her into the trap”.

According to the Geo News correspondent, the woman had three children from her first marriage.

Police arrested the suspect after Asma filed a case against Mian Faisal.

The Minister of State for the Interior, Shehryar Khan Afridi, noticed the alleged torture of a woman in Lahore and ordered the Inspector General of the Punjab Police to present a report of the incident.

The Minister also ordered the IGP to take action against the accused and conduct an impartial investigation into the matter.

In a statement issued here, he said that the perpetrators of the attack should be arrested and punished by law.

“It is the responsibility of the state to provide protection to the daughters of the nation, they are not abandoned.

The government would ensure its full protection in society, “he said. 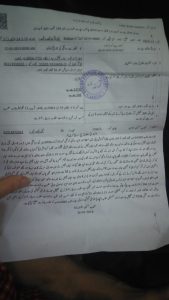 Shehryar Afridi said that it was the mission of the Pakistan government Tehreek-e-Insaf (PTI) to empower the women’s segment and ensure respect and honor.