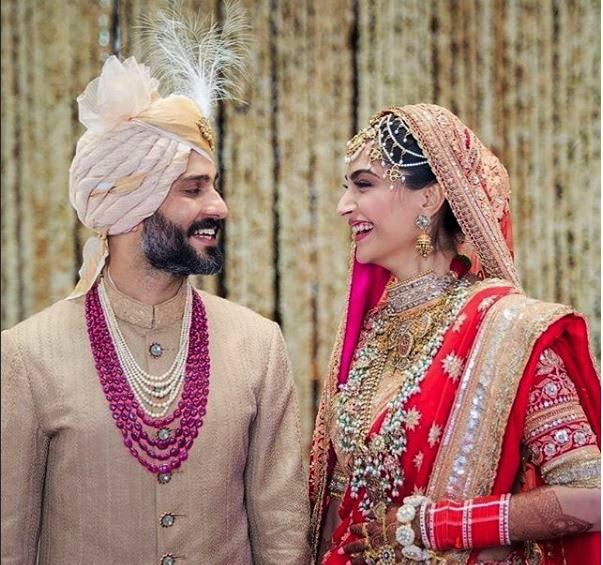 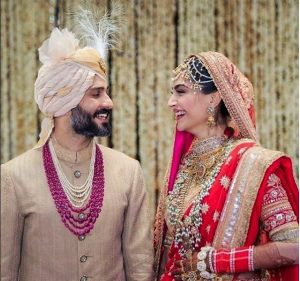 Sonam Kapoor & Anand Ahuja Wedding Pictures and Video. A message from Rhea, Sonam Kapoor’s sister, reveals that the actress’s wedding ceremony is over and that now she is Sonam Kapoor-Ahuja. The photo in the publication shows Sonam wearing his bridal chooda with Rhea present as head maid of honor. Sonam married businessman Anand Ahuja in a traditional Sikh ceremony this morning at his aunt’s Bandra bungalow. Sonam Kapoor wore a fabulous Anuradha Vakil lehenga adorned with a spectacular choker and a necklace along with matching mathapatti and jhumkis. Anand Ahuja complemented her in a golden sherwani with a bad ruby red.

A group of Bollywood celebrities, including Amitabh Bachchan, Aamir Khan, Rani Mukerji, colleagues of Sonam Swara Bhasker and Kareena Kapoor and her best friend Jacqueline attended the Anand Karaj ceremony in the morning along with family members. 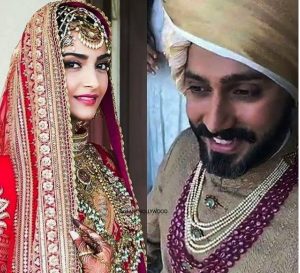 The guest list for the wedding is like who is who of Bollywood. Amitabh Bachchan was accompanied by his son and daughter Abhishek and Shweta.

Kareena Kapoor, who is a co-star with Sonam in the upcoming film Veere Di Wedding, accompanied her husband Saif Ali Khan and her son Taimur. Kareena’s sister, Karisma, dressed in Sabyasachi’s lehenga, did not bring her children. 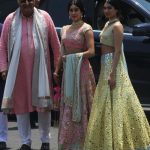 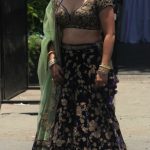 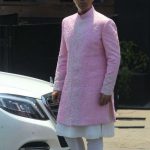 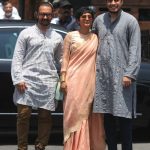 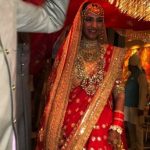 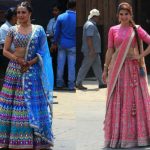 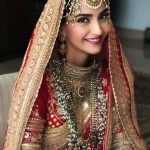 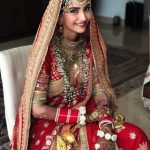 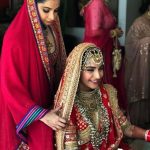 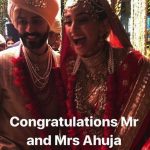 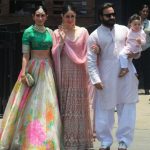 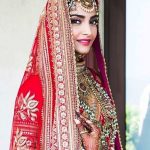 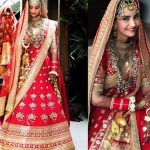 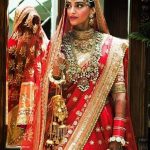 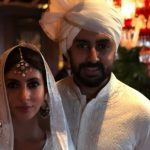 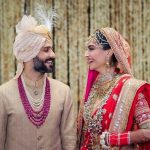 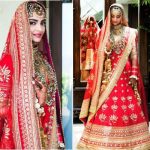 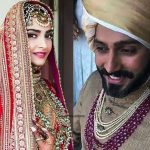 Model Bella Hadid marches for Palestine: 'From the river to the sea, Palestine will be free'