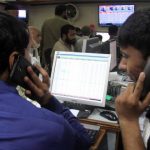 Market observation: KSE-100 recovers from a minimum of 800 points, ends in green

KARACHI: The stock market suffered a volatility on the first day of the week, as the KSE-100 oscillated sharply between the red and green zones, oscillating from more than 800 points downwards to end on a positive note. The bears tarnished the first hours when the index sank to a minimum of 38 months in intra-day trading due to economic concerns. The index was subject to strong selling pressure as investors awaited the announcement of monetary policy.

The rise in interest rates and the depreciation of the rupee would seriously affect companies and impact their net profits. For this reason, investors chose to exit at this time, market analysts said. Meanwhile, the sale was observed in the shares in all areas, since the index fell below 33,500 points.
At the end of trading, the KSE-100-share benchmark index registered an increase of 83.92 points, or 0.25%, to settle at 33,250.54.

Topline Securities, in its report, stated that after losing more than 800 points in an intraday session, the KSE-100 managed to recover and closed 84 positive points.

“The recovery was witnessed in all areas.” Car and government-owned shares remained in the spotlight, where HCAR, PSMC and GHNL closed almost completely in their upper blocks after expected financial results over HCAR ”

State shares such as SNGP, SSGC, PSO, PTC and NBP were closed in green, as the government is considering creating a fund under the supervision of NIT to support the decline in the stock market.

“Another failure in offshore drilling kept E & Ps reserves under control during the day’s session, PPL closed close to its lower block at 4.83%, while OGDC closed 1.22%.”

“The market was under pressure when the rupee sank further to reach a record low of Rs152 against the dollar in the open market. E & Ps were the main laggards today (on Monday), where OGDC (-1.2%) closed in red and PPL (-4.8%) closed near the limit when exploration at the Kekra-1 well on the south coast of Pakistan has been abandoned, “Mulla commented.

“We expect the market to remain choppy and volatile for the future and we recommend that investors remain cautious before the FY19-20 budget.”

Overall, trading volumes increased to 165.5 million shares compared to 90.4 million on Friday. The value of the shares traded during the day was Rs6.1 billion.

Shares of 343 companies were negotiated. At the end of the day, 207 shares closed higher, 122 declined and 14 remained unchanged.

Foreign institutional investors were net sellers of shares worth Rs70 million during the trading session, according to data compiled by the National Clearing Company of Pakistan. 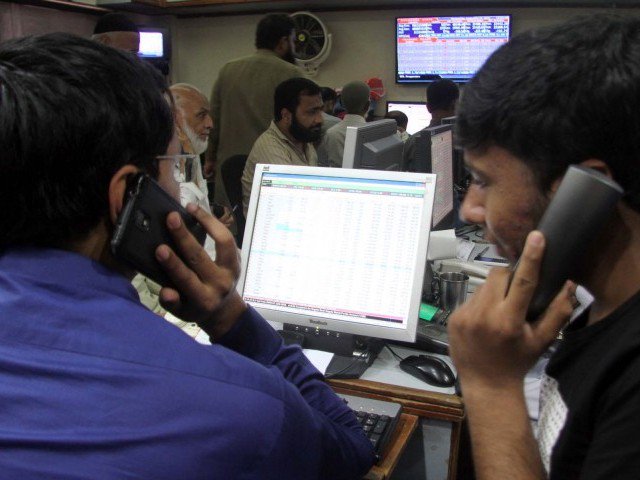