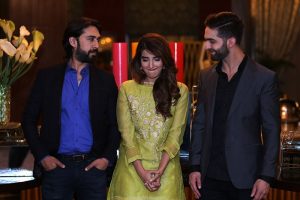 Main Khayal Hoon Kisi Aur Ka is a soft romantic-drama which emphasizes the sacrifice of love, a broken relationship, a weak man tied by societal pressures, a suffering woman who takes the bait, an oblivious individual who at first breaks them up only to bring them together in the end. Written by Shabana Ghulam Nabi and directed by Emraan Kaleem Mallick, Main Khayal Hoon Kisi Aur Ka is a love story which also marks the debut of Alamdar Hussain and Rockstar Naaz (from the fame of Browngirlproblems1) in pivotal roles.