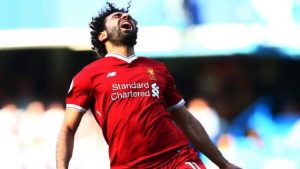 Liverpool feels the heat while the clash of Real Madrid looms

Liverpool feels the heat while the clash of Real Madrid looms. Huddersfield’s draw at Stamford Bridge midway through the week has helped Liverpool search for a place in the top four, but there is still work to do this weekend against Brighton.

If Huddersfield could have endured the victory against Chelsea, the Reds’ match would not have made sense and Jurgen Klopp could have rested whoever he wanted. Chelsea’s rather fortuitous draw on Wednesday night ensured that was not the case. The task of Liverpool is certainly easier now because they only need a draw, but Klopp still does not have the luxury of playing too much with his lineup.

The Reds enter the last weekend knowing that they can still finish anywhere from third to fifth. A third place is no longer in their hands after Tottenham defeated Newcastle midweek, but if the Spurs fail to beat Leicester at Wembley, then Liverpool will finish third whenever they beat Brighton.

A draw with Brighton would see them finish in fourth place, but a defeat could take them to fifth place if Chelsea wins their final game at Newcastle. It is often said that the league table does not lie, but it will be difficult to find a Liverpool fan who does not think his team is better than Chelsea and the Spurs, but also Manchester United, who is in second place. They have been criticized by their own fans for much of the season.

Liverpool should be the closest rival to Manchester City, but they are not. This is due to a combination of factors. The inability to convert draws in wins is the main one, but the additional workload they have had due to their commitments in the Champions League has also clearly hindered their league form in recent times, among other things because the team lacks depth in key areas.

The recent form has been quite worrying. Apart from an incredible one-hour spell in which they bombarded Rome with five unanswered goals, it has been quite laborious. The draws against West Brom and Stoke and the defeats in Rome and Chelsea have led many to conclude that the list of congested matches has reached Klopp’s men, particularly considering how long the team is due to injuries.

While the result on Sunday is obviously the most important thing, a good and vibrant performance is also required to calm the worries of the fans. With a full week of preparation for the game, Kopites will expect his team to be renewed and in good form for the Champions League final against Real Madrid in two weeks.

Some key players have played long legs in recent games and it is to be expected that it will be the effect of playing twice a week for several weeks, instead of a long season that has finally reached them. A lot, maybe everything, depends on the first three distributing the products in the next two games.

Sadio Mane has looked good in recent outings, but both Roberto Firmino and Mohamed Salah have been far below the best. Mane has played significantly less minutes than the other two, so he should have a little more freshness in his legs. Having had a full week to prepare for Brighton, it will be a big boost for Liverpool if the three members of their direct line return to their best devastating level.

With so many things still in the Brighton game, surely all three will start. But even if there is an opportunity to rest players, there is no guarantee that Klopp will do it. With a break of two weeks to the end, fatigue should not really come too much. Any tool that has been taken on the legs of the players after a long season is already there and is unlikely to be much relieved with a game sitting in the stands.

The risk of injury is always great, of course, and it goes without saying that anyone who hits a blow should not be close to Sunday’s game squad, but the pace is of vital importance to Klopp and the last thing he would want is for his players to enter the final lack of sharpness after having played for three weeks.

So, although Liverpool will surely be as close as possible to the maximum force, it would also make sense to try to get Adam Lallana to spend a few minutes on the field before the final. Liverpool’s midfield options are quite worn out at the moment and the return of the England man to the team could not have been more timely.

He hardly appears in this season, but maybe he is destined to have a great influence in the final. Lallana can look at the example of Vladimir Smicer in 2005 in search of inspiration

Google has been tracking everything you buy

Types within an Article of MLA Citations