The Japanese government is interested in relocating its auto industry in Pakistan, Foreign Minister Shah Mehmood Qureshi (SMQ) said on Friday. Addressing a press conference in Islamabad, Qureshi said the Japanese authorities have committed to Islamabad after a seven-year gap. The minister said Japan intends to increase exports to the Gulf and neighboring states and that these industries would employ 65 percent of young Pakistanis to sustain economic growth.

Commenting on his canceled visit to Sri Lanka, SMQ said it was postponed due to security concerns by the government of Sri Lanka and that it can be rescheduled after the month of Ramadan.

“However, I visited the consulate of the High Commission in Pakistan to pay my condolences for the attacks of the church and the Easter hotels,” said the Foreign Minister, adding that Prime Minister Imran Khan also condemned the attacks during a phone call to his counterpart in Sri Lanka.

Qureshi said that India did not provide the United Nations Sanctions Committee with evidence of Masood Azhar’s involvement in the Pulwama attack.

“The Bharatiya Janata Party (BJP) faces strong criticism from the opposition about development, and its own people are also questioning their claims of victory,” he said.

Shah Mehmood said that Pakistan will continue to support the cause of Kashmir without accepting any international pressure.

He argued that India flagrantly violates the ceasefire and kills innocent civilians every two days in the Line of Control, while Pakistan only retaliates for unprovoked shooting, keeping the security measures of the Kashmiris on the border under control. 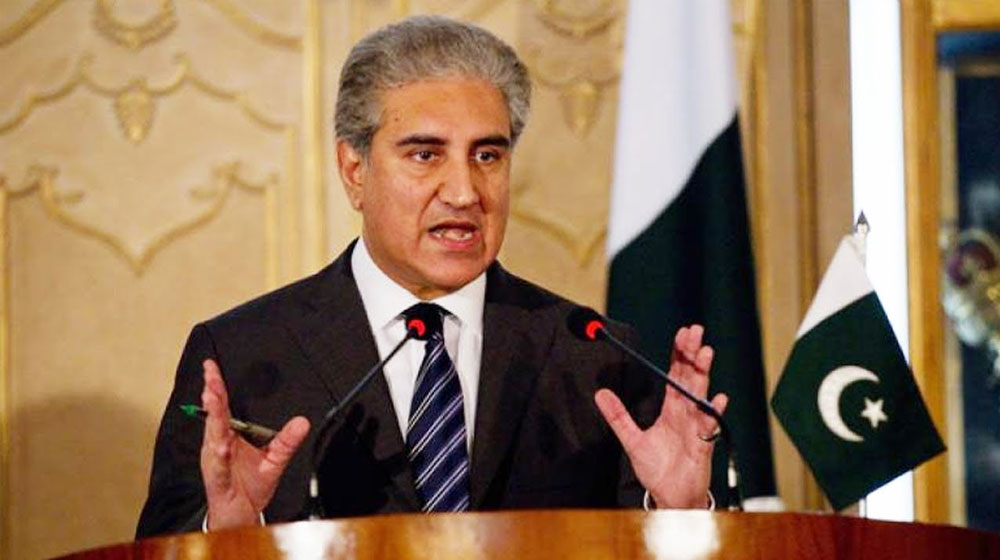