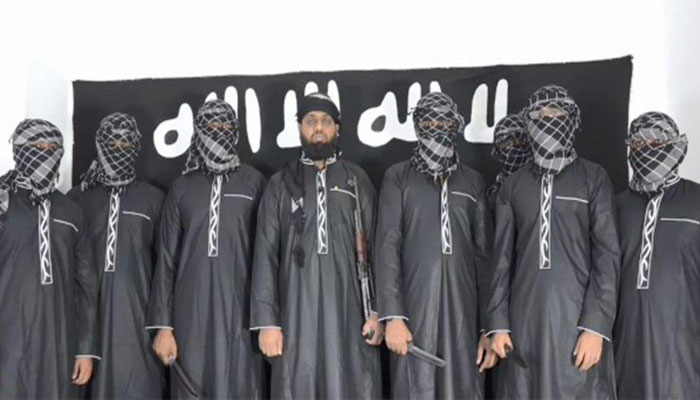 COLOMBO: Researchers have identified Zahran Hashim as the leader of the National Thowheed Jamaath, who executed the highly coordinated explosions in churches and hotels on Easter Sunday in Sri Lanka, leaving 253 dead and several hundred injured.

Zahran Hashim, who is believed to have masterminded the Easter attacks, spent “substantial” time in “southern India,” a senior Sri Lankan military source said on Friday. Investigators identified Hashim as the leader of the National Thowheed Jamaath, which they said carried out the highly coordinated explosions on Sunday.

More than 250 people, including 45 children and 40 foreigners, died in the deadly explosions. Two days later, the Islamic State took responsibility for the attacks and subsequently published an image of eight suspected terrorists. The man seen standing in the center is believed to be Hashim. The other jihadists had covered their faces with a scarf. Researchers in Sri Lanka, however, have identified nine suicide bombers, including a woman. “We are looking at the IS angle, we also suspect that some of these young radicals were indoctrinated and trained in India, possibly Tamil Nadu,” the senior official said, on condition of anonymity.

Indian officials did not comment that Hashim traveled to India but pointed to evidence of virtual ties he had with young people believed to be of Indian origin. More than 100 followers of the Hashim Facebook page are being investigated by the National Research Agency (NIA), said an official, who asked not to be identified. The first hints of Hashim’s doctrinal videos, likely to radicalize young people, emerged when Indian authorities interrogated seven members of a group whose leader, according to officials, was a follower of Hashim. The men sympathized with IS and were arrested in September 2018 in Coimbatore, on suspicion that they were planning the assassination of certain political and religious leaders in India, the official said.

Authorities in Sri Lanka, which has so far not officially named any of the nine suicide bombers or suspects, confirmed on Friday that Hashim was one of two suicide bombers who carried out the explosions at the Shangri-La hotel, in the road to Galle, facing the sea, in Colombo. He led the radical Islamist group in Kattankudy, in the district of Batticaloa, in the eastern province of Sri Lanka, and was known to adopt extremist religious ideas, often because of the discomfort of many within the community.

Earlier this week, villagers told The Hindu that Zahran had left the city two years ago, following a fierce disagreement with the Moulavi (religious scholar) about the practice of Islam. He was fleeing ever since, community leaders said.