Home/News/International/How did Donald Trump propose to Melania? The gala Met played a role
Previous Next 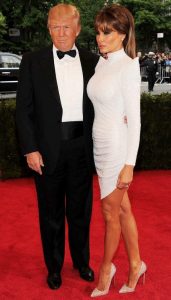 How did Donald Trump propose to Melania? The gala Met played a role. However, Donald and Melania Trump will always have that time in 2004. Which, unfortunately, seems to be a much happier period in their relationship than today. These days, Melania seems to stay away from the cameras, as the subject of her husband. And the alleged issues are once again becoming one of the main media stories. Trump and the White House have consistently denied such alleged cases, of course. But on Thursday, May 3, the president admitted that he had reimbursed his lawyer $ 130,000 paid for a confidentiality agreement. That was intended to prevent adult film star Stormy Daniels from speaking about an alleged sexual encounter in 2006.

In a televised interview, the former mayor of New York City, Rudy Giuliani, argued that the payment was intended to protect Melania. “If we had to defend this as a campaign contribution, I think we could not do it,” Giuliani told Fox & Friends. “This was for personal reasons, this was the president had been wounded, personally, not politically, personally so much. And the first lady, for some of the false accusations. A false claim – six years old – I think he [ lawyer Michael Cohen] was trying to help the family. ”

Hours after the interview, Melania did not show up at the Trump prayer event in the White House.

There is a place where extraordinary things could happen, well, unnoticed, it’s the Met Gala. Every year the event is attended by famous people from different industries. The athletes go. Actresses go. And then there are the superpower couples: athletes who are married to actresses, making the party an event full of stars.

On Monday, May 7, the 2018 edition of the Met Gala is probably no different. You can be sure of catching the usual cast of stars, with Rihanna topping the list as the guest of honor. However, what will be different is the theme of the event, with this year’s focus on Catholicism.

It’s spring and the Met Gala is just around the corner, which means that stories about interesting things. That have happened in past editions of the event are in vogue. Buried deep in the New York Times’ explanation of the annual party. So one of the most intriguing facts about his story was mentioned casually: President Donald Trump proposed to Melania Trump at the Met Gala. Now, we know, that line is worth “wait for what?”

So let’s go over the story.

The year was 2004, six years after Donald and Melania met. The president was still a real estate mogul in New York who was enjoying the success of the first season of The Apprentice. On the night of the Met Gala that year, Trump proposed to Melania, putting a 12-carat diamond ring on his finger. The Post also reported that the guests at the party did not notice. That fact is a good indicator of how much is happening at the Met Gala each year; So, apparently, that the people who attend the event can not notice that one of the most famous people in the room got engaged. 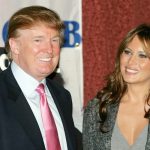 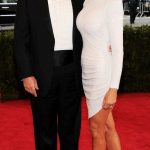 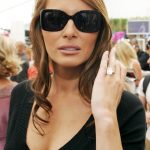 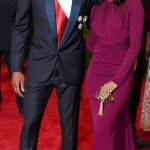 Ayesha Omar traditionally dressed at an event in the United States