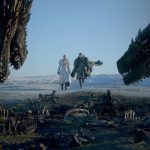 Fandom is a difficult thing. There is a fine line between camaraderie and chaos, and the fandom is somewhere on its border. He has seen the emergence of art and then its decline. He has gone from worrying about a property to turning it into a cult, and he lives and breathes on cyclical internet torrents.

Oh, the internet. The subculture of the culture itself. The voice that the Mad King hears, the past that Bran has seen, the future that the Masters will write, The Internet. It is written and corrected. He is the judge, the jury and the executioner. He does not hear or listen. He only speaks out loud. In the history of fandom, no, in the history of time, did such a tool ever exist? Not really.

me to the script writers #GameofThrones pic.twitter.com/PMo4pfR4vG

Fandom in the old days was easy. You like something, you talk about it, it’s done. You grow to love it with your friends and discuss everything you can. Eventually, the love of the fans changes to something else, but that feeling of appreciation remains.

In S1E1, Jaime Lannister pushes Bran Stark out of a window. This is subtle foreshadowing by David Benioff and Dan Weiss for S8E5, where eight seasons of Jaime’s character development are similarly thrown out the window. #GameOfThrones pic.twitter.com/OJjjxBaeY3

We live in a world of zeros and hundreds of people, from “stinks” to “is the best”, and from “I will die for it” to “I will kill you because you would die for it”. It is a minimum / maximum world with only two extremes.

Fandom has now been swept under that umbrella.

I was lucky to fall in love with Game of Thrones (GoT) when five seasons had already been broadcast. I fell in love immediately after the first episode. A child literally fell and almost died! What was this show? He was nervous, beautifully written and even more beautifully executed. I had not been transported to a world so perfectly since Harry Potter was introduced to my life. I realized. I drank it in big gulps until I could not take it anymore. Then I pulse play in the next episode.

GoT changed my life. It changed the way I perceived good content, good art.

“and i couldn’t help but wonder, maybe this game of thrones was no game after all” pic.twitter.com/vXWcWYrBKS

The books are over, but the show must continue, and it was. Slowly and constantly, it became something else. The purist novelists sprang up. There were bandits and enemies. There were shots and hits received. Not this but that. It is not that but this. It exploded disproportionately and landed in a place where the internet is going to tip over: Twitter.

He became a meme of himself. So many opinions flying left and right. From “this sucks”, “that’s bad”, “this is terrible” to “you suck”, “you’re bad”, “you’re terrible”. The name and the incitement to hate prevailed. If you liked something that did not like the internet, you were the problem. If you agree with them, join the brigade. Do you mind this show? Do you like how we do it? Try it, hating it. Here is a turd ball, shoot it to Dan and David.

And then things took an even darker turn this season.

The Internet became omniscient: the one who sees the future, the same gods of history. I knew better. He deserved something better. The Twitter accounts were dedicated to persuading you that what you saw was bad. They told you that if you did not believe it, there was a problem with you. You are uncool You do not want to be an uncool. Here is a turd ball, shoot it to Dan and David.

Requests were signed. Boycotted episodes. Spoilers published before the show on air. There were discussions at the table and social networks were no longer followed. There were hashtags and viral posts. There were dislikes on YouTube and one-hour videos dedicated to powering the machine. This is bad. Repeat after me: this is bad.

The cast knew what was up what a complete mess #gameofthrones pic.twitter.com/puwRCYKIxT

He did not caress the wolf. The episode was too dark. She is acting crazy That death was not enough. There was a cup of coffee. How could she not see the boats? This was not how the author would like it. The actors knew that the show reeked! He feels rushed. What is the arc of that character? Who are the writers? What is this show?

You had to buy it. They told you to buy it. You allowed this at home, on your phones, in your mind. You shared the memes You have tagged your friends. You have retweeted the tweets. You read the threads of Reddit. You were convinced that you knew it was bad.

And that was it. Before the show could tell you I had more up your sleeve, your mind was already made. Episodes four, five and six, you hated yourself. This was not the show you wanted! You want a redo You demand a redo. You sign the petition. You turn on the web and wake up.

In a matter of weeks, what you loved has become something you deeply despise. Even the mere mention of the show leaves a bad taste in the mouth. It chokes with the name. For you, the show went from seasons one to four; That was the golden age of GoT. The fandom is now crippled. The next for you.