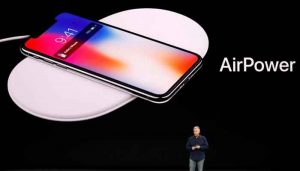 SAN FRANCISCO: Apple confirmed Friday that it will not deliver on its promise to help usher in a wireless future with an AirPower rug to charge its devices.

The project announced at the end of 2017 proved to be an engineering challenge, Apple’s senior vice president of hardware engineering Dan Riccio told AFP.

“After much effort, we have come to the conclusion that AirPower will not meet our high standards and we have canceled the project,” said Riccio.

“We continue to believe that the future is wireless and we are committed to driving the wireless experience.”

He apologized to the Apple fans who were waiting for the AirPower.

AirPower was announced at the same time as the iPhone X, a premium model that marked the tenth anniversary of the company’s flagship smartphone.

It was announced as part of a shift to mobile lifestyles less entangled by cables, and the images at the opening of the project showed AirPower as a mat where the Apple phone, smart watch and the AirPod hearing aid case could be placed together to charge without being plugged.

While Apple has delayed the launch of products in the past, such as AirPod headphones and the HomePod smart speaker, it is not known if it can not meet the innovations promoted in the events.

Other companies sell charging cradles or pads that can be used to wirelessly power iPhones or other devices compatible with the technology, which is based on an industry standard.

The promise of broken hardware occurs when Apple shifts its focus to digital content and services to free itself from its dependence on iPhone sales.

With Hollywood stars in abundance, this week Apple introduced its video transmission plans along with news offers and game subscriptions.